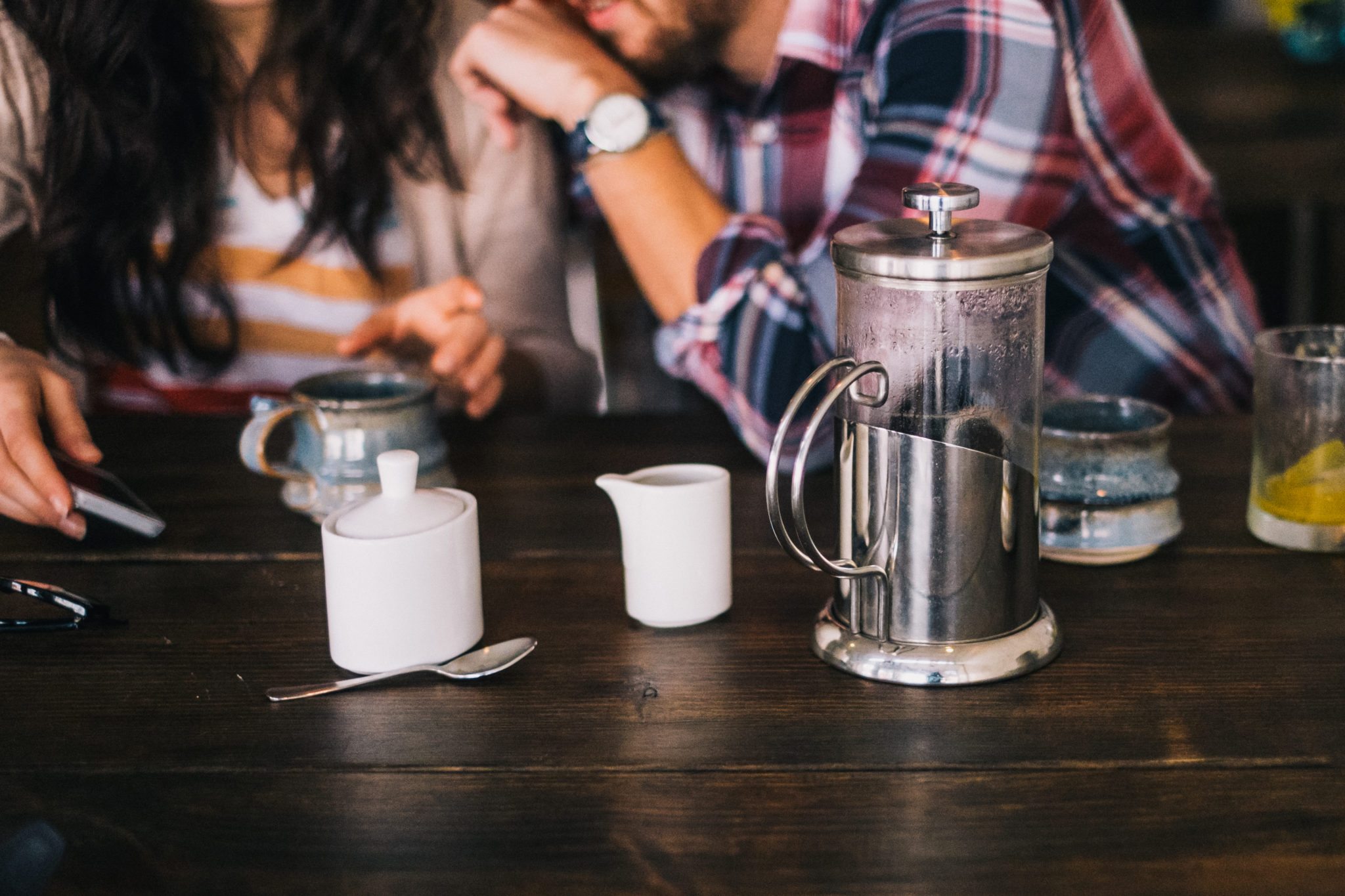 Q: I just had the great (dis)pleasure of meeting my youngest sister’s boyfriend, and I don’t know if there is any action I can or should take. Let’s call him Gaston for anonymity’s sake. We’ve all heard lots of stories about Gaston over the last year, but because of living far away, this holiday was the first time we were able to gather together as a family to get to know each other.

I am so sad that this is the person my sweet and sincere sister has decided to marry. Their significant age and income disparity contributes to the glaring inequality: he’s a forty-year-old tech industry cog, and she’s a twenty-five-year-old admin assistant/student. He is proud that he’s never had a long-term relationship because it proves that he is discerning. His self-proclaimed greatest weakness is perfectionism, but that’s just because “he only wants the best.” His definition of success is simple: it’s a ballooning number in your bank account. The reason that he has been single the majority of his adult life is because he is only attracted to “fit girls, who are only 1 percent of the population, and most of them are stupid and have mental issues.” When we were all talking about what love looks like, he quoted 1970 romance novel Love Story, “Love means never having to say you’re sorry…” and he wasn’t being facetious.

The next time we will see them is for their courthouse wedding in March, and then they are planning an “epic dance party” destination wedding the following October. This timeline is Gaston’s plan and I am so worried that he is in a rush and using my sister to secure his visa or citizenship path, as he currently has a work visa. I’m worried that if she finds out how despicable we find him she will shut us out, and then when she needs support in the future she won’t come to us. Our dad is so distraught that his youngest is marrying Gaston that he no longer wants to participate in their multiple wedding plans. I’m also sad that perhaps this means my sister has aligned her values with her future husband’s, and I just have to accept that we will never have anything other than surface interactions in the future.

How have you guys dealt with the fact that sometimes the people you love may love someone you loathe? Is there a window of opportunity to lovingly express your fears, and have I missed that window? What is a good way to love and support my sister but not her choice of husband? Does love really mean never having to say you’re sorry, and all these years I’ve been asking for and giving superfluous forgiveness? (I know the answer to that last question.)

This is tough, and sad, I’m sorry. All of the APW staff immediately had their own experiences with this kind of situation to share, so rest assured you’re not alone. In my experiences, sometimes the dude ended up being every bit as terrible as I thought he might be, and other times he ended up being a loving partner who just irritates the crud out of me.

In your instance, he sounds gross, but (at least from what you’ve said here) he doesn’t sound abusive or dangerous (if he did, my advice would be to tread very carefully). You’ve got valid concerns, but there’s a whole spectrum of terrible partners! Even if he’s got a shitty personality and is the worst to be around, he still might be a good fit for your sister. They still might make it work (really! Don’t make that face).

I know your absolute biggest fear is that she might be making a huge mistake. It’s sad and scary and everything you don’t want your sister’s wedding to be. But… it’s her wedding. And maybe it won’t be that bad. Maybe (maybe!) it’ll just take some time and effort and gritting your teeth through his anecdotes and movie quotes. Because when it comes down to it, your deal breakers may not be the same as your sisters. Maybe she can tolerate his crappy points for some elusive good parts you’re just not seeing. Or maybe they have a lot in common, and she doesn’t think his crappy points are that crappy (and yeah, if that’s the case, it’s going to suck for you to face it).

So do you tell her? Maybe? I usually err on the side of telling, and just being careful to do it gently. Sometimes preserving honesty in your relationship is worth risking whatever harm it will do. But that all depends on your dynamic. And, I’ll be honest. Being family makes that dynamic more fraught. It feels all the more urgent, all the more painful, but unfortunately it also makes it more likely that your concerns will not be well received. No one cares to hear that her big sister doesn’t approve of the boyfriend. And really, you probably won’t be able to talk her out of marrying him, no matter what you say.

But here is the truth: even if you don’t say anything at all, it still may create distance, if only because you might not want to be around her so much when she’s dragging along this joker. You can’t control if she marries this guy. You can’t control how it impacts your friendship.

So what can you control? How you handle it.

What can you do to preserve your relationship with your sister as much as within your ability? That might mean telling her, and it might mean shutting up. It definitely means being a part of the wedding as much as possible within your own mental health limits. And it means sort of bracing yourself for whatever the end result is. Maybe he’s in your life forever. Maybe your sister gets her heart shattered. Maybe she does the heart breaking. Only time will tell, but she’s still your sister, no matter what happens.