In case you’ve been, I dunno, busy this last week, and don’t know what a Marlon Bundo is, let me break it down for you real quick: Charlotte Pence, daughter of noted homophobe vice president Mike Pence (and likely great-great-great-great-grandson of Emperor Palpatine), recently penned a children’s book, chronicling a day in the life of their bunny Marlon Bundo. In response, John Oliver did a segment about the book on his show Last Week Tonight, and then debuted a Marlon Bundo book of his own, about a bunny who falls in love with a boy bunny named Wesley. The book is currently number one on Amazon, sold out, and out-performing Pence’s version (and the James Comey memoir). The profits from the book are all going to The Trevor Project, a charity for LGBT youth, and AIDS United. It is so popular, that even Charlotte Pence reportedly bought Oliver’s book. Good luck getting your hands on a copy this month!

So when D.C.–based event designer Jess of Sentimental Fools sent us a frantic midday DM on Thursday that said “Marlon Bundo! Styled shoot! Day in the life of a bunny getting married kind of thing, you in?” We were first VERY VERY GLAD that we’d made friends with her at Alt Summit last month, and we were also like, “LET ME COUNT THE MINUTES TILL I SEE THIS.” This styled shoot, inspired by Marlon and Wesley, is complete with carrot juice mimosas. And while we almost never publish styled shoots, this was well worth breaking our rule for. Our only regret is that it does not feature actual bunnies, but we hear they are very hard to wrangle, and not at all willing models.

This is what Jess had to say, on why she decided to make all of our dreams come true:

Sunday night found me like most married millennials, snuggled on the couch watching HBO with my partner. Our seven-year-old bunny, Bowie, was snuggled between us. We both stress-laughed/tried not to cry as John Oliver tried to make our vice president’s stance on LGBT rights as funny as he possibly could (note that Bowie was unaffected). Suddenly Oliver’s commentary turned to the one part of Pence’s persona the whole family could get behind; his rabbit, Marlon Bundo.

How Do You Make It Work When You and Your Partner Don’t Agree on Politics?

If you haven’t yet heard, Marlon Bundo is making headlines and having somewhat of a moment. Mike Pence’s daughter penned a book following the bunny through his day as the vice president’s pet. Well, the aforementioned Last Week Tonight segment concluded with the debut of Oliver’s own book. This one featured a dapper Marlon Bundo who wears a bowtie and is voiced by Jim Parsons on the audio book (because what self-respecting rabbit doesn’t have an audio book these days?). Not only that, but Mr. Bundo is gay and spends his day falling in love with another boy bunny named Wesley.

Hopping in to action like the star bunny himself, I assembled all my Baltimore friends to put together an elopement worthy of Marlon and Wesley. The indoor garden that is B.Willow acts as an urban substitute for the flowery fields seen in the book. Our grooms celebrated their nuptials with a simple picnic of carrot juice mimosas and sandwiches. As they say in the book, “It doesn’t matter if you love a girl bunny or a boy bunny, or eat your sandwich backward or forward. Stink bugs are temporary. Love is forever.” 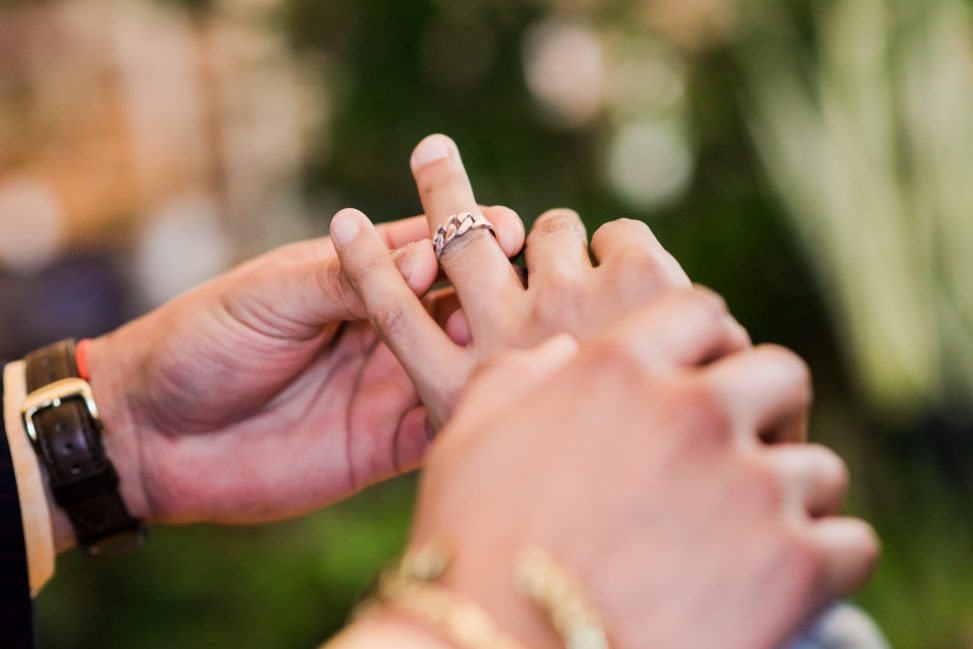