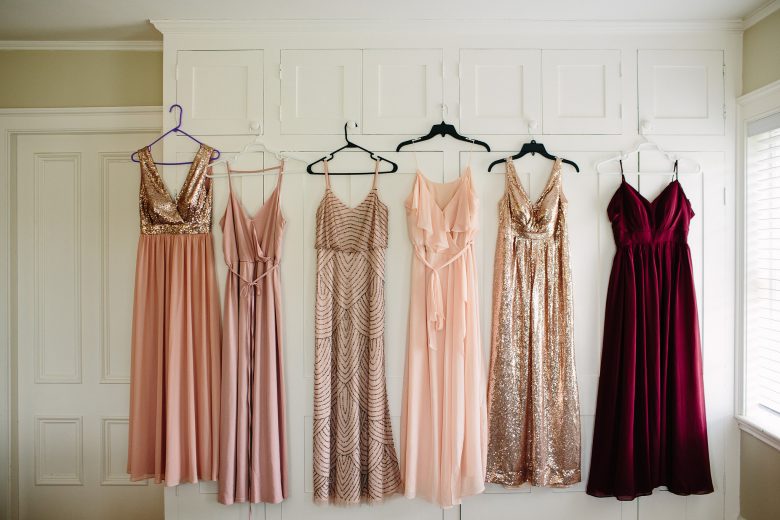 My mother got married young, and her best friend was her maid of honor. Now thirty years later, her best friend’s daughter is getting married and asked me to be the maid of honor. This girl and I are a bit like distant cousins. We’d see each other once a year or so as kids, and then we hardly ever saw each other through high school, college, and post college. Prior to her engagement, I saw her maybe three times in ten years. I barely have a relationship with her. We’ve always been friendly, but we’re not close by any stretch of the imagination.

No wedding judgment, but her Big Day has turned into a bit of a production, complete with a stage management team (not singular stage manager, a TEAM). We’re talking five parties in three days kind of production. This is in addition to a destination bachelorette party (which cost me, personally, $1,500) and three bridal showers. The bachelorette party and the showers all followed a similar pattern: Bride tells me to coordinate the whole thing (“I don’t care; just do whatever!”), changes the plans on me fifty-five times (probably because I kept picking things she didn’t like; a direct result of not really having a relationship with her) and then, once the party starts, proceeds to ignore me for the rest of the weekend/party in favor of the guests that she has legitimate relationships with.

And now, three weeks away from the wedding, we’ve reached the point where Bride has started referring to me as her “personal stage manager” and has begun to escalate the passive-aggressive behavior.

I’m flying in on Tuesday for her wedding that takes place on Friday. I have asked her repeatedly to tell me when she needs me. For MONTHS, I’ve been told, “I just need you starting on Thursday.” So I think to myself, “I have Wednesday to see my mom and try on dresses for my own wedding and to ask one or two people that I love to be in my bridal party.” As soon as I tell her this, she suddenly tells me that her mom is throwing a dinner party that I need to be a part of, which forces me to cancel all of my own plans. (Extra frustrating as I live on the West Coast and have extremely limited time to do bridal things with my mom and my friends.)

I’m not going to drop out of the wedding or anything (no one deserves that), but I’m drained, emotionally and financially, and I’m not entirely sure how to navigate the next three weeks. I don’t have a genuine relationship with this person. I know that I was just asked to be MOH as a way to honor our moms. But I also am tired of being treated as The Help and having incredibly expensive demands made of me.

Any advice on how to take a step back and chill out?

It sounds like you’re really and truly done with this whole experience, and I don’t blame you. This bride seems to have asked a lot of you, and you (probably reasonably), expect that to continue through the wedding weekend. I’m going to get there, but first let’s turn the clock back to the beginning and talk about all the opportunities you had to say no—because you missed each and every one of them. And unless you really get that, you may as well just hand her your bank account password and quit your job to tend her needs to the next three weeks.

Chances For You To Practice, “No.”

Opportunity One: A stranger asks you to be her maid of honor. SAY NO. It is so nice that you mean something to the bride because your moms were friends. That is a lovely reason to invite someone to a wedding. It does not mean you need to be her maid of honor. Maid of honor is a role that, for better or worse, tends to come with obligations. If the person asking you is someone you just aren’t close with, do yourself a favor and gush about how happy you are for her and how excited you are to celebrate her at the wedding, but actually you couldn’t possibly be her maid of honor. You just can’t, but you are so happy for her, but no.

Yeah, she might be mad. And? You barely know her!

Opportunity Two: She envisions a destination bachelorette party costing $1,500. SAY NO. Offer to plan something you can afford, if you want. If she doesn’t like that idea, then try, “I hope you have a great time. It’s not in my budget so I am not coming, but I can’t wait to hear stories.”

What is the downside here? Some girl you literally have no relationship with gets mad at you? Fires you from a role you didn’t want and shouldn’t have accepted? Gasp—tells your mom? At which point you say, “I don’t have one thousand five hundred dollars to spend on this, sorrynotsorry,” and move on.

Opportunity Three: She has three showers. As maid of honor, you should really try to make it to one shower if you can. Beyond that, just decline. She’s not doing anything wrong. Maybe her mom is throwing one in her hometown, and her fiancé’s aunt is hosting one in his, and a friend is hosting one where she lives now. That’s okay, and it’s also okay for you to only do one of these.

Opportunity Four: The Wednesday before the wedding. She told you she needed you Thursday. Great. FOR THE LOVE OF GOD STOP ASKING HER WHAT ELSE SHE NEEDS. She did not at all force you to cancel your own plans. She didn’t need to, because you did that all on her own. “Oh, I can’t spend all day Wednesday crocheting bunting for you because I already made plans for Wednesday since you said I didn’t need to be there until Thursday.” I know you want me to be all tut-tutting her that she’s clearly just enraged you should dare to be a bride at the same time as her and she’s made this dinner party up to reassert her dominance, and while all of that may be true I really don’t care. “No, I can’t, I already have plans,” was a perfectly acceptable thing to say.

I mean yes, I’m annoyed at the bride too

Do I sound exactly as frustrated as you? Because I am. Yes, absolutely, for whatever reason this woman’s expectations on you are completely unreasonable. But I’m more concerned with you here, since you’re the one who asked and all. I think after this wedding is over you need to spend some serious time sitting with yourself and your choices. If you cannot say no to someone you barely know, don’t like, and who has objectively unreasonable demands, can you ever say no? I can feel people yelling at me for being too harsh, and blathering on about ask versus guess culture, and explaining that conflict is really hard for some people. I’m just not here for it.

Yes, absolutely, saying no can be extraordinarily challenging. I recently spent five hours mustering up the courage to say no to a second date with a guy who voted for Trump (#neverTrump). But just because it is hard doesn’t mean you can get through life without doing it! Maybe this wedding is an aberration in your life and your conclusion is, “Nah, I’m cool. That was just a really strange situation.” But maybe you’d be well served by practicing standing up for yourself a bit!

Here Is What You Do, Though

All that being said, you’re obviously not dropping out with three weeks to go, and I get it—mistakes have been made and you still need a path forward. I think you need to define for yourself what you are and are not going to do. Write down the commitments you have made so far, by hand, on paper. Write down the boundaries you are drawing around yourself. (My personal examples would be: I will leave parties to go to bed whenever I want; I will take whatever steps are necessary to ensure I am adequately fed and caffeinated, even if that means dealing with a temper tantrum; and I will not be spending any more of my own money on this bride.) And then before you respond to any request from her, circle back on those lists. BRIDE is not some magical title that means no one can say no to you all weekend. There is nothing wrong with a pleasant, “I’m running to Starbucks be right back,” or whatever personal space you’ve decided you need.

Just so we are all crystal clear, I don’t think this bride has behaved well. Having a wedding stage manager is a great idea, but you can’t just delegate that task to anyone who stands still long enough for you to hand them the clipboard. Some people will take whatever they can get you to give, and you need to figure out a way to cope with that.