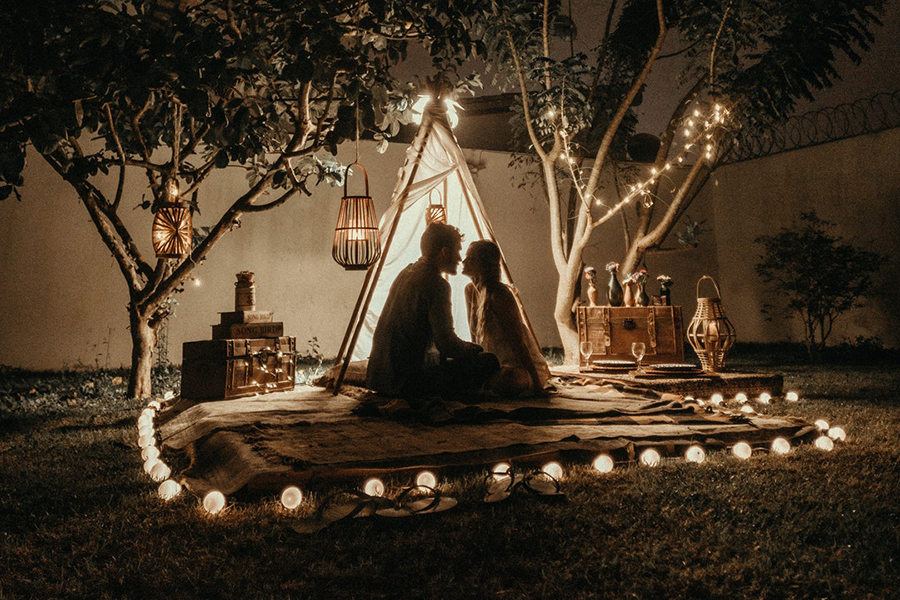 Growing up as a Persian immigrant in America, one of my greatest young adult joys was getting to spend evenings at my friend Sarah’s house. Why? Because Sarah’s mom cooked foods I only saw on TV or in restaurants… exotic delicacies like apple pie and meatloaf. My level of excitement was such that Sarah would look at me like I was crazy, shake her head, and say something offhand like, “But it’s so boring, I don’t know why you like it.” She was also stumped when I would giggle with abandon because her parents let us try a little harmless Irish cream in our hot chocolates while we watched her box set of The Twilight Zone. That confusion would reverse whenever my friends would come over and have third helpings of dill rice with yogurt or kebabs, or get hyped, like smoking hookah or dancing with adults was a big deal.

Should I Drop My Friend Who Didn’t Bring a Wedding Gift?

As an adult, I get it. Everyone else’s normal is your exotic. Most of the time, that’s awesome. It’s what makes us want to travel, to try new foods, to experience other cultures. But as much as we love and visit and enjoy one another’s homes, we don’t show up on someone’s doorstep and say, “I like it here! I lay claim to all of your house.” Why? Because that would be incredibly rude.

That same concept of “that’s awesome, but it’s not yours” extends to weddings. We’ve written about the concept of cultural appropriation before (and if you haven’t read that piece first, you probably should), but I keep hearing some version of “but I have no culture…” when it comes to wedding planning, and I’m here to definitively say: you do. And it’s not even boring, I promise.

As someone foreign to white culture, I know with complete certainly that you have a culture, because I live in it, and it’s not mine.

(Note: if you aren’t sure if you’re white, that makes sense! It’s not a real thing, it’s a made up political/economic distinction that’s been used to historically oppress other people. But chances are, if you’re of European descent, you’re probably considered white in America. This dynamic isn’t the same in every country, but it’s important to understand how we got here, and why white folx still hold most of the power in the US.)

The first time I went to a “white” wedding, I was completely out of my element. I’d never been in a church, I didn’t know any of the songs, the vows were strange and wonderful… basically, it was an adventure. However, I doubt all of the guests felt similarly. As our digital director, Maddie, reflected:

I think when you grow up in a homogenized area (in my town the dominant population was Italian Catholic), all the sameness can make it feel like you have no culture. It wasn’t until I left home that I realized Italian Catholic WAS my culture. Looking back, I actually missed out on a couple of awesome traditions (cookie tables, guys) at my wedding, because I was so busy rejecting what I thought was #normcore I failed to see that those traditions were special and unique to my heritage.

It’s wild to me that Maddie could think her wedding would have no culture, while I could attend the same wedding and experience legitimate culture shock (like I did at a two hundred-person wedding in rural Ohio, where I was the only person of color).

SOMETHING BORROWED… ISN’T Always YOURS TO TAKE

Every element of a wedding is rooted in tradition or ritual—from the engagement, to the showers, to the ceremony, to the reception. Want proof of how ritual-laden it is? Let’s try this: imagine a wedding. Now take away an obvious aspect. Would you miss it? Would you miss an aisle if there wasn’t one? What about a first dance? Or singing a song that you grew up with? What if nobody said “till death do you part”?

Well, my people don’t do any of that. Which means those aren’t just boring actions everyone does. Those are rituals that are part of American culture.

Just like the English folk poem about weddings goes “something borrowed, something blue” (pssst: that’s another bit of white wedding culture), I understand the idea of culling elements of the wedding from your community to feel part of something bigger. But there’s also a limit.

I get it. So many cultures’ weddings (far eastern, Middle Eastern, Hawaiian, Jewish), with their boisterous colors and endless days of dancing and ornate setups might seem way, for lack of a better word, more exciting, than what you think you’ve got to work with. And frankly, as we become more interconnected as a society, it can feel like all the rituals of the world are at our fingertips.

So, what exactly is the problem with having that Moroccan-inspired wedding, or hula dancing girls, or tipis for the kids to run around in, or jumping the broom and then breaking a glass?

Remember what I said about how it would be rude to go over to my friend’s house and say, “I like this, I’m taking it”? You’d never do that IRL, right? Culture is like that. It’s a tangible, existent, meaningful (and sometimes sacred—we’ll get to that in a second) entity. And you know what feeling like you’re owed the entities of other people seems like?

I know! I know! Nobody’s invading a country and killing off indigenous inhabitants for rich soils, but if you’re confused why POC bristle at the idea of appropriation, it’s because the mentality seems eerily familiar. Listen to the common train of thought and see if you can spot the problem: “It’s cool, I want it, I can afford it, I have the power and resources to have it, why can’t I have it?”

Short answer: It’s not yours to take. And just because you can, doesn’t mean you should. Because you have your own things. And sharing and taking are very different concepts.

There’s a hidden element to all this cultural exchange that isn’t discussed enough: faith.

For much of the world, marriage and institutions of faith are interlinked. A religious leader might be the officiant, the venue might be a house of worship, and on and on. And in the United States, where the concept of a structured faith is no longer working for a lot of folx, it can be easy to throw out the baby with the bathwater. In short, because you’re rejecting religion, you feel you need to reject all cultural elements around weddings… and then, because you have no cultural elements left, you need to find new ones to create your ceremony.

That poses a huge issue, because even without organized religion, weddings are still intended to be special and sacred occasions. So now as you’re looking for new ritual elements, you start to consider ideas like jumping over the broom, getting ornate Mehndi, or smashing glass. They seem like meaningful symbols, and great “replacements,” mainly because they don’t come with the religious burden of your own spiritual community.

But the kicker is those are other people’s religious and spiritual rituals.

By using them as fun activities, without any context or connection, you’re disrespecting a whole community of people. And specifically, if they aren’t Christian-rooted activities, those communities have probably fought a whole lot of stigma and prejudice just to hold fast to those rituals. Chances are, you don’t even understand the nuances of what those (often religious, always sacred) rituals represent. Jumping the broom is about slaves not having the legal right to marry. Smashing the glass represents the destruction of the second temple, and the responsibility to Tikkun Olam—repairing the world. Hula dancing is traditionally only done by men, and accompanied by creation myths.

Pinterest photos of those wedding traditions might be pretty, and those rituals might be “imbued with personal meaning,” but let’s not pull a Rachel Dolezal and pretend we have ownership over another’s culture without the burdens and baggage associated with living it.

They won’t ever take the country out you

You know it, I know it, Beyoncé knows it (hence the hot sauce in her bag): we can’t shed where we come from. But also, we are imperfect. For some of us the grass is always going to be greener on the other side. But since it’s not your grass, and you’re an intersectional feminist (right? Of course right.) then you have two real options:

And being woke is hard work. But a wedding is huge moment, a marker for the values that are being carried into the next chapter of life. And doing the work to make sure it’s entirely reflecting how respectful, intentional, and, well, woke you are, that’s nothing compared to actual marriage, is it?

HEY apw, what traditions did you incorporate into your wedding? What are the best-kept secret rituals of your culture? Tell us all about cookie tables and dollar dances and something blue.