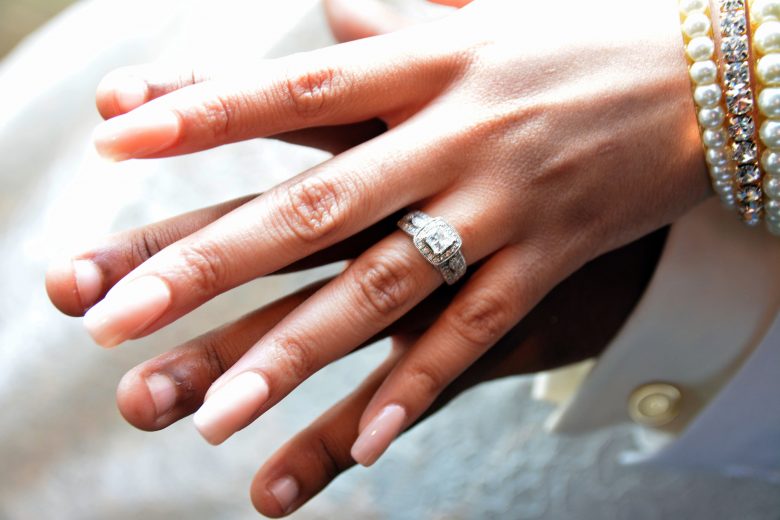 In all the recent discussion about proposals and getting engaged, I kept wanting to talk about women proposing to men. I proposed to my boyfriend on Christmas Eve, 2008. Proposing as a woman is still unusual — not an idea most people consider. But proposing taught me a lot about myself, about our relationship, and about engagement/marriage. I asked Meg if I could write a guest post, and she wrote back “DO IT! I’m totally into it!” So, here goes!

Things I learned from proposing marriage to my boyfriend: Proposing to my boyfriend meant changing a deeply ingrained cultural narrative. That was intimidating and scary. There was pushback, both from other people and from my own assumptions. But it also gave me space to think about who we really are, and what getting engaged and married really meant for us. Telling a new story means you get to examine those assumptions and decide which ones work for you.

If you’re a woman who wants to get married to the man you’re with, I really do recommend at least considering the idea of proposing to him. It may not be right for every couple and every relationship. But just the process of thinking about it will give you a lot of insight into your thoughts and feelings on getting engaged.

(P.S. If you’re like me, and process ideas by reading about them, I recommend two books. One is I Do But I Don’t, by Kamy Wicoff, which I mentioned above. The other is Young Wives’ Tales, eds. Jill Corral and Lisa Miya-Jervis.   I Do But I Don’t is Kamy Wicoff’s personal story of getting engaged and married. She ends up making mostly the traditional, expected choices, but she has a lot of interesting analysis about them.   Young Wives’ Tales is a highly multivocal collection of essays about marriage, written by all kinds of women. Some are happily married; some regret marrying; some reject the whole idea of marriage; some try to reinvent marriage; some totally subvert marriage. You’ll nod in violent agreement with some, want to argue with others, and still others will leave you totally confused. That book saved my sanity by showing me just how very many different ways there were of thinking about marriage. If you’re feeling squashed into narrow expectations about marriage, Young Wives’ Tales will help you break out.)